It was show of shame when an Indonesian woman who had sex outside of her marriage, a crime punishable under strict local Islamic law was humiliated as she was publicly caned in Indonesia’s Aceh province area of Banda Aceh,

The woman was whipped along with seven other people outside a mosque in the provincial capital Banda Aceh.

Dozens of people alongside religious officers gathered outside the mosque to watch the offenders as they received their punishment respectively.

In the photos, a masked sharia officer known as an ‘algojo’ was pictured canning the offenders between five to 45 lashes on their backs.

Public whipping is a common punishment for a range of offences, including gambling, drinking alcohol, and having gay sex or relations outside of marriage in Aceh, which is the only region in the world’s biggest Muslim-majority country that imposes Islamic law. 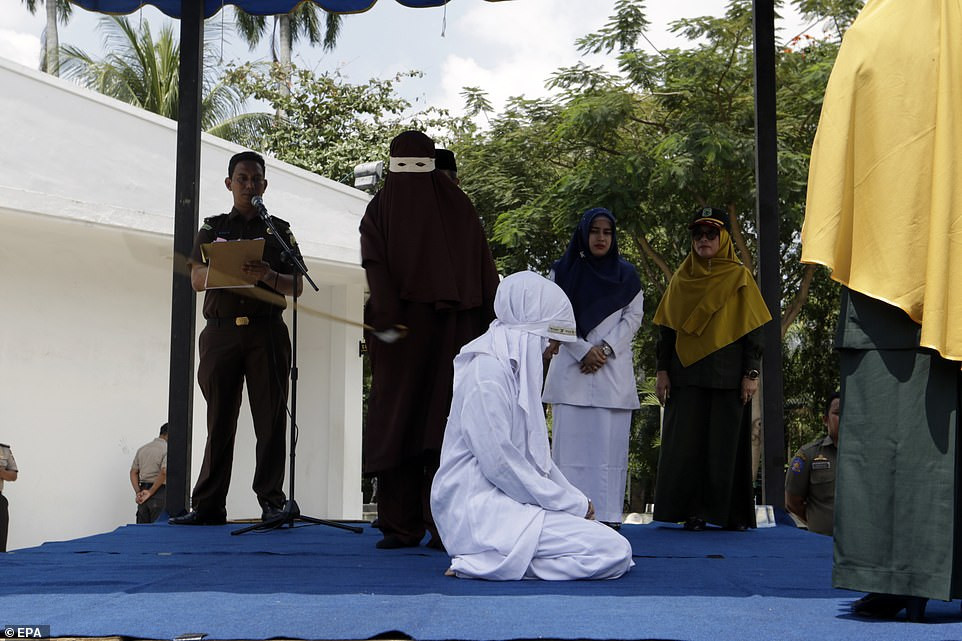 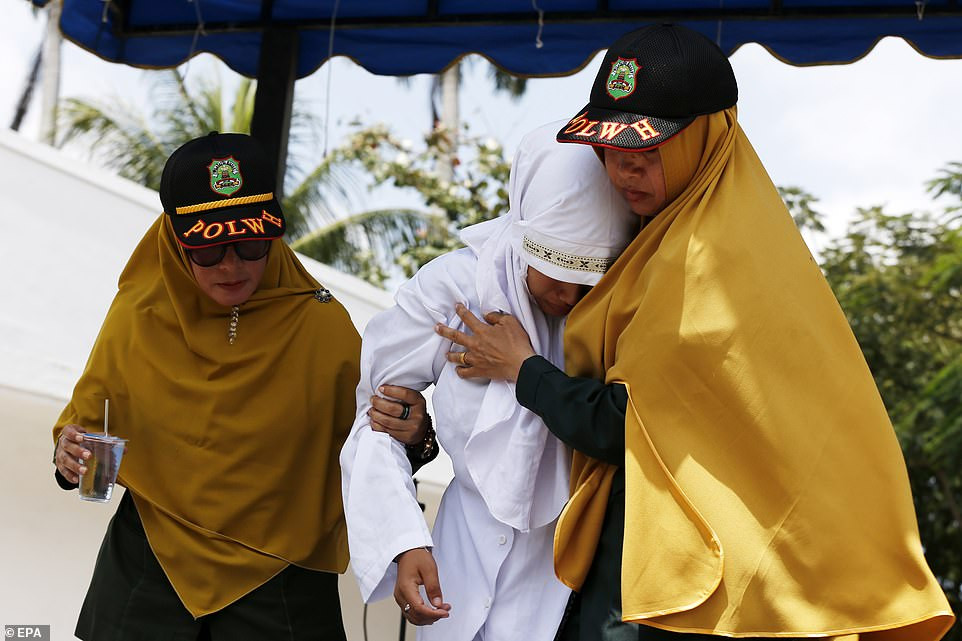 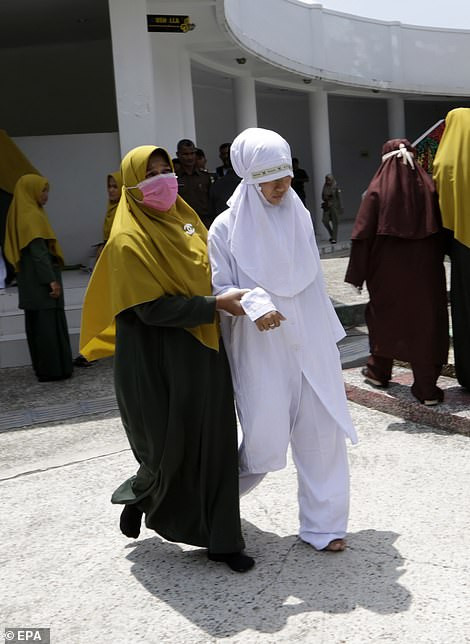 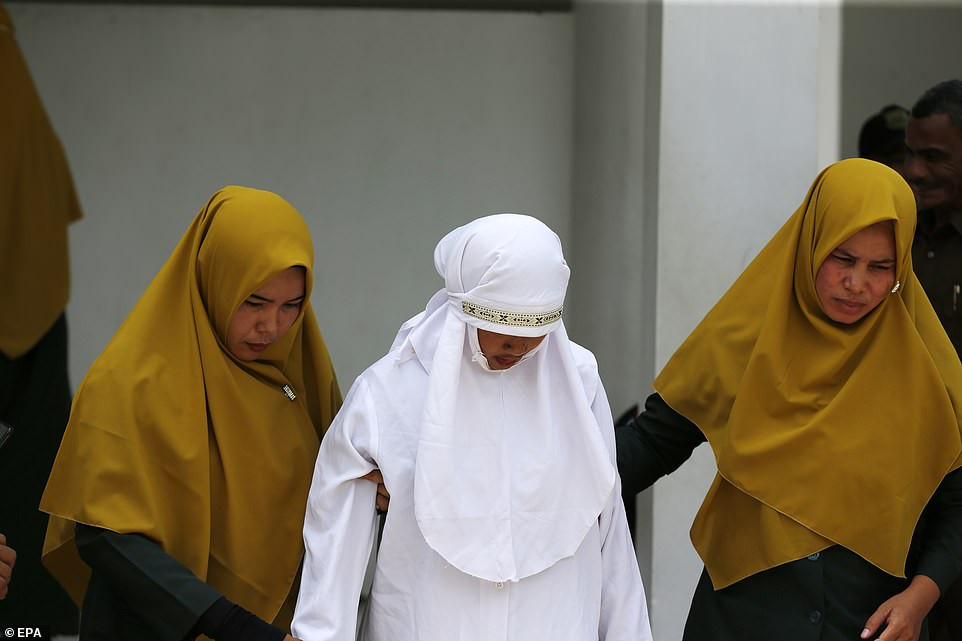 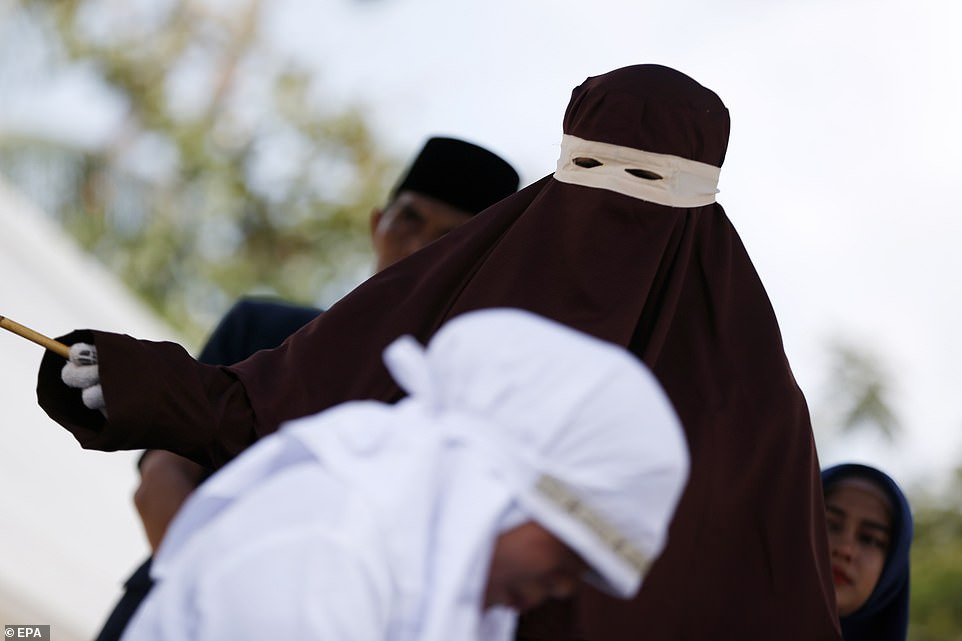 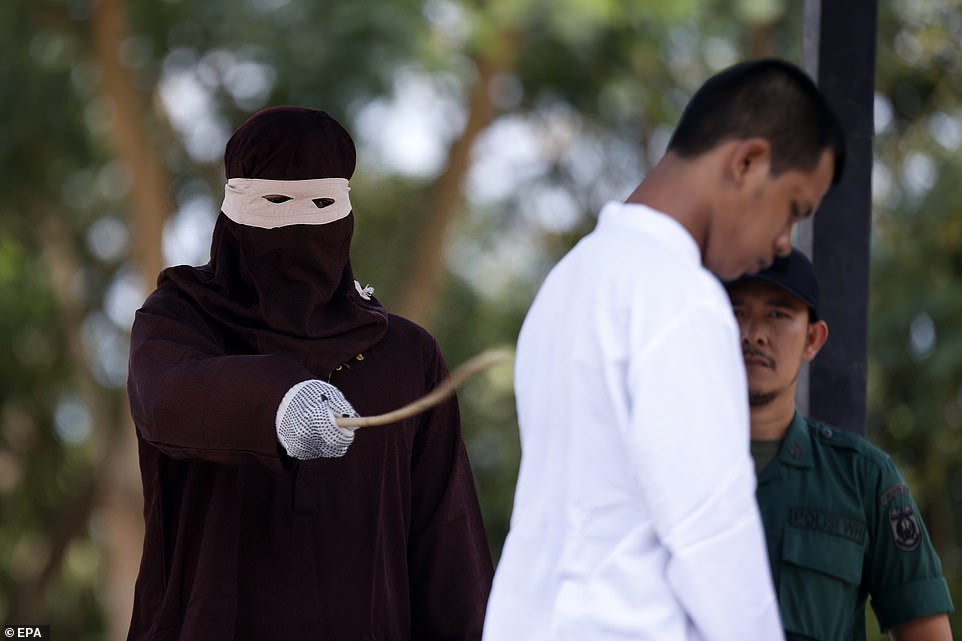 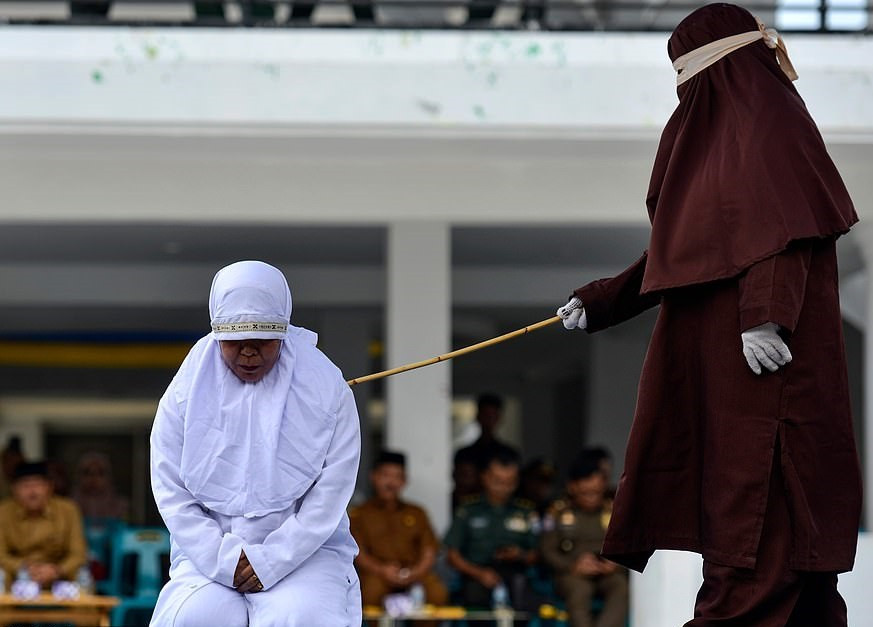 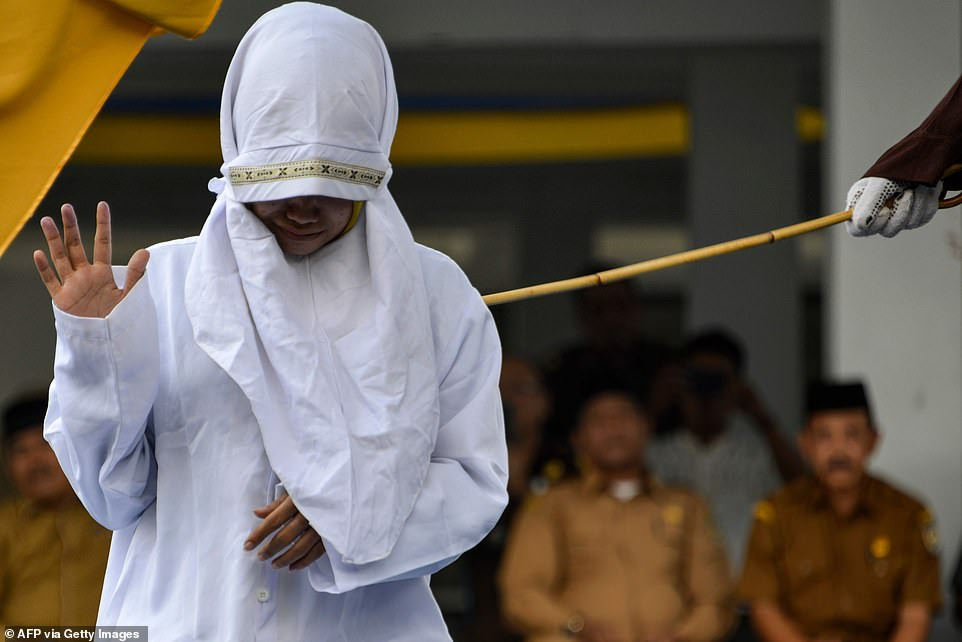